Yael Shenker, “Capturing the gaze in film: Feminist critiques of Jewish and Islamic orthodoxy in Israel and Iran” 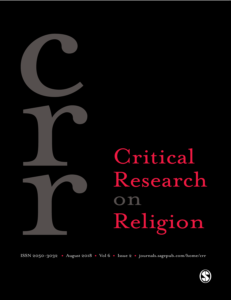 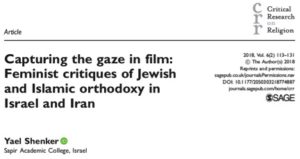 In an effort to make the most out of the move to online education, I’ve begun reaching out to scholars and/or religious practitioners to see if they’d be willing to be interviewed about…
View on Facebook
·Share

Announcing the April 2020 issue of Critical Research on Religion. This issue features a case study on Islamic Fundamentalism by four Iranian scholars in Iran as well as two responses (which are open access) to a book chapter by Russell McCutcheon from Warren S. Goldstein and Kevin Schilbrack, in which McCutcheon who advocates critical religion criticizes critical theory of religion and critical realism:

A non-fundamentalist return to origin: The new Islamic reformers’ methodology of (re)interpretation
by Mohammad Rezaei

Politics of love: Love as a religious and political discourse in modern China through the lens of political leaders
by Ting Guo

The theological possibilities of communism: A comparison between the utopias of Eastern and Western Christianities
by Tamara Prosic

A metaphysics for the study of religion: A critical reading of Russell McCutcheon
by Kevin Schilbrack